At one point, people kept certain electronic devices – such as microwaves and televisions – for decades. Changes in demand and technology means that it’s rare today for any device to remain in the hands of its original owner for more than a couple of years. Take a look at smart phones. Apple’s iPhone 7 has begun shipping to the millions of companies and people who have already purchased the device. Smart phones, computers, printers, and servers are designed to become obsolete quickly. In many cases, people are replacing an iPhone that they just purchased in the past year or two. Apple’s operating system iOS 10 uses many features that require an iPhone 6S which means that in order to take advantage of new features, consumers are required to upgrade a devise that was very recently purchased. 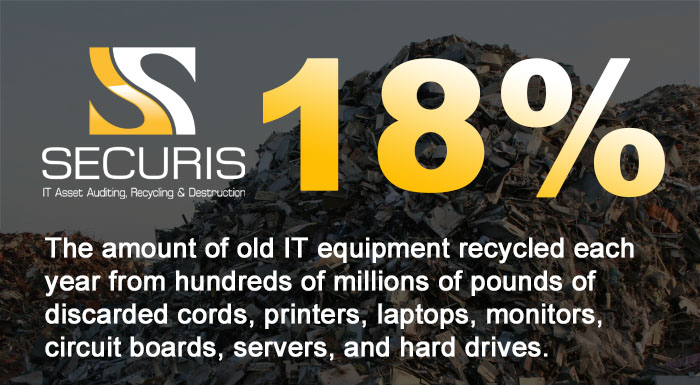 Although companies such as Apple are working on solutions to address increased e-waste and are focusing as much on recycling old devices as making new ones, the environment continues to be significantly impacted. The problem with replacing computers, phones, and other electronics more frequently is two-fold, according to the article “The Global Cost of Electronic Waste” by The Atlantic. It states:

The increase in consumption of electronics has two major adverse ecological effects. First, it significantly increases mining and procurement for the materials needed for production of gadgets. And second, discarded devices produce large quantities of electronic waste. That waste could be reduced through reuse, repair, or resale. Whether it ever will be is an open question.

E-waste is a global problem with significant environmental impact. Electronics contain toxins such as arsenic, lead, and mercury that are unhealthy to us. A single color monitor contains more than six pounds of lead and measurable amounts of cadmium, mercury and other toxic metals. Toxic elements must be responsibly disposed of, and all remaining metals, plastics, glass and circuitry processed domestically so that nothing ends up in a landfill. 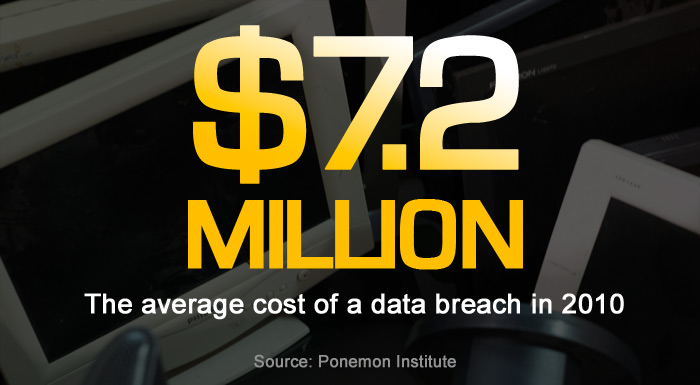 So what can we do to protect our data and the environment while remaining technologically current?

According to The Atlantic:

One possible alternative is to require producers of electronics to offer buy-back or return systems for old equipment. Export limits could be placed on manufacturers, too, where the quantity of goods that can be exported should be directly proportional to the amount of e-waste the company has recycled or re-used. Then there needs to be an effective way to insure that these returned devices get repurposed. Governments could give some form of tax break or rebate for companies that effectively process old equipment. And companies could reuse recovered parts from discarded goods in newer systems. Partially recycled devices could be sold in markets where buying capacity is limited. Or, they could be marketed as “reclaimed,” offering a social benefit even in wealthy markets.

The article goes on to explain that recommitting to device repair is another option – one that may even have the added benefit of helping to increase employment opportunities. Resale should also be considered although the problem of obsolescence does still come into play.

If you’d like to learn more about responsibly recycling your company’s retired IT assets, let us know. We’d be happy to help you create a sustainable plan for disposing old computers while ensuring that the data that remains on them doesn’t get into the wrong hands.