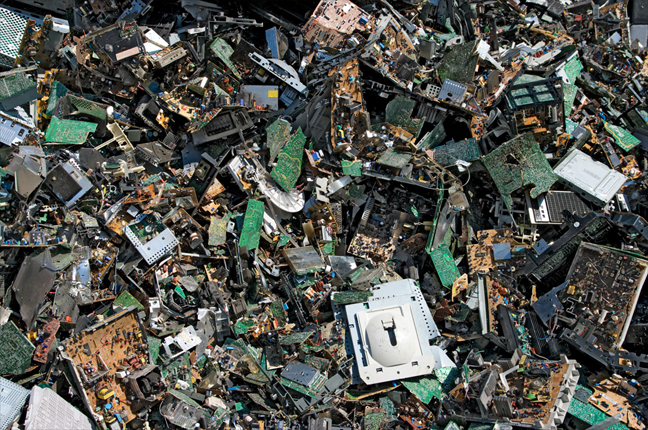 According to the article, 50 million tons of e-waste are generated each year, with a mere 15% it being recycled. Unfortunately, the majority of retired computers and cell phones end up being dumped in landfills, where they release harmful chemicals into the environment.

The city of Guiyu, China—widely considered the world’s e-waste capital—receives some 4,000 tons of the stuff per hour. It also has the highest-ever recorded level of dioxins, and 90% of its residents have neurological damage, Bradoo said. “Not only is it a humanitarian disaster, but when we looked at the value contained in e-scrap, it was shocking,” she added.

The amount of e-waste generated each year will only continue to grow as cell phones, computers, and other data devices become more affordable and technologically superior to older models. Securis applauds BlueOak’s initiative and is reminded of the importance of our own mission – to responsibly and ethically recycle retired electronics and effectively destroy the data on them. For the future of our planet, please be sure that you’re properly recycling retired computers and electronics with a company that is both R2 and NAID certified.