Old phones, water bottles, circuit boards and other plastic products are replaced on a regular basis. When discarded, while we hope that most are recycled, the fact is that the majority of them end up in landfills. As the plastic breaks down, they release polycarbonates. Polycarbonates are known for leaching BPA, a compound that exhibits hormone-like properties that cause concern about its suitability in many consumer products.

Recycling Old Phones and Other Electronics

IBM made an important discovery that could help with the ever-growing problem of plastic-containing e-waste such as smartphones according to this article on Computerworld. Their new recycling method will mean that the polycarbonates in old phones and CDs can be recycled into a non-toxic plastic safe enough for use in water purification and medical equipment. By adding a fluoride reactant, IBM has actually created a new plastic safe and strong enough to resist the decomposition process that causes BPA leaching. This is a huge win for landfills and the environment when it comes to recycling old phones and other electronics. 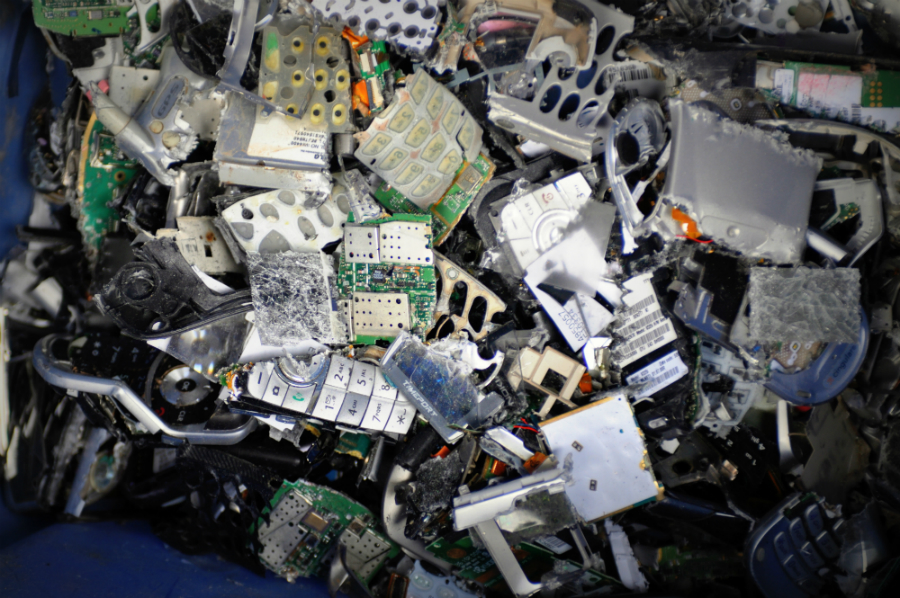 Another article in Plastics News speaks to how this important discovery came about:

“I went into the lab one day and there’s a stack of CDs that were sitting out that were from some previous interns that used to listen to them when they were working,” Garcia recalled.

“CDs are made out of polycarbonate, and so basically I took one of the CDs, I sorted through a few and made my judicious choice of which band I liked the least, and I won’t tell you who it was, but I basically took that and cut it into pieces with scissors,” Garcia said.

With little pieces about 1 centimeter in size, the scientist got to work to create a way to depolymerize the PC.

The result was a new plastic powder with temperature and chemical resistance superior to the original substance, IBM said. “When the powder is reconstructed into new forms, its strength prevents the decomposition process that causes BPA leaching.”

Why Should I Recycle Old Phones and Other Electronics?

Why Prevent Electronics and Old Phones from Going to a Landfill?

How Will Recycling My Obsolete Computer and/or Electronic Equipment Make a Difference?

What are the Outcomes if We Dispose of Electronics Improperly?