What Is A Hard Drive & The Difference Between HDD and SSD

A hard drive stores all your data, and is where all your files and folders are physically located. A typical hard drive is only slightly larger than your hand, yet can hold over 100 GB of data. The data is stored on a stack of disks that are mounted inside a solid encasement. These disks spin extremely fast (typically at either 5400 or 7200 RPM) so that data can be accessed immediately from anywhere on the drive. The data is stored on the hard drive magnetically, so it stays on the drive even after the power supply is turned off.

The term “hard drive” is actually short for “hard disk drive.” The term “hard disk” refers to the actual disks inside the drive. However, all three of these terms usually refer to the same thing — the place where your data is stored.

A hard disk drive (HDD), hard disk, hard drive, or fixed disk[b] is an electromechanical data storage device that uses magnetic storage to store and retrieve digital information using one or more rigid rapidly rotating disks (platters) coated with magnetic material. The platters are paired with magnetic heads, usually arranged on a moving actuator arm, which read and write data to the platter surfaces.[2] Data is accessed in a random-access manner, meaning that individual blocks of data can be stored or retrieved in any order and not only sequentially. HDDs are a type of non-volatile storage, retaining stored data even when powered off. 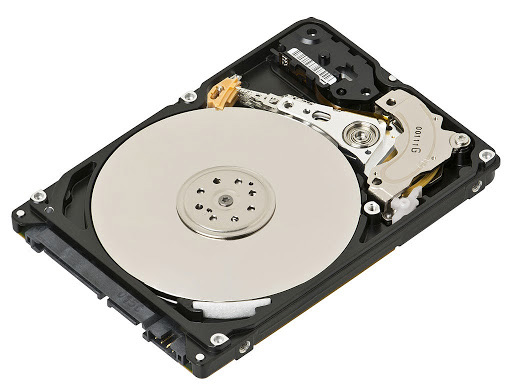 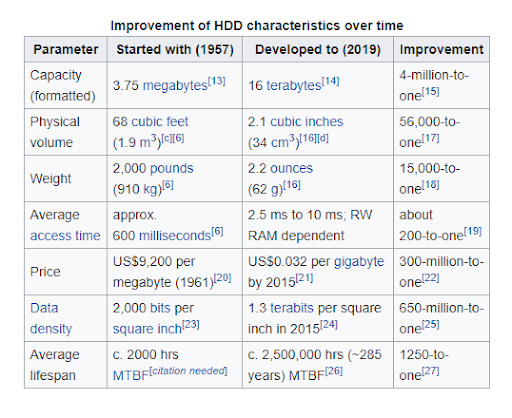 A typical HDD design consists of a spindle that holds flat circular disks, called platters, which hold the recorded data. The platters are made from a non-magnetic material, usually aluminum alloy, glass, or ceramic. They are coated with a shallow layer of magnetic material typically 10–20 nm in-depth, with an outer layer of carbon for protection.[38][39][40] For reference, a standard piece of copy paper is 0.07–0.18 mm (70,000–180,000 nm)[41] thick. 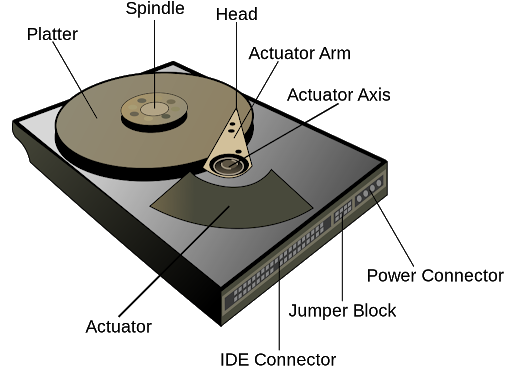 All computers used to have an internal hard disk for storage; however, today, storage can be solid-state (SSD). External hard disks can be plugged into a USB or an eSATA port for more storage.

A byte (BinarY TablE) is the common unit of computer storage from a desktop computer to mainframe. It is made up of eight binary digits (bits). A ninth bit may be used in the memory (RAM) circuits as a parity bit for error checking.

A byte holds one alphabetic character such as the letter A, a dollar sign, or decimal point. For numeric data, one byte holds one decimal digit (0-9), two “packed decimal” digits (00-99), or a binary number from 0 to 255.

IBM coined the term in the mid-1950s to mean the smallest addressable group of bits in a computer, which was originally not eight. The first spelling of the word was “bite,” but they was added to avoid misspelling between “bit” and “bite.” There are eight binary digits (bits) in a byte, but there can also be nine bits per byte in RAM cells that include error correction. 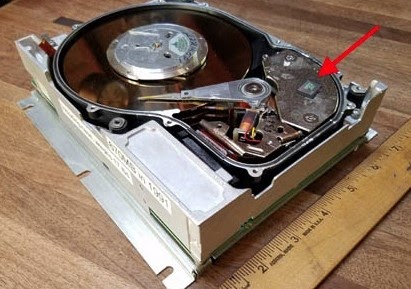 A SSD (Solid State Drive) is an all-electronic non-volatile storage device that is an alternative to, and is increasingly replacing, hard disks. Employed in myriad products, including mobile devices, iPods, cameras, laptops, and desktop computers, SSDs are faster than hard disks because there is zero latency (no read/write head to move). They are also more rugged and reliable and offer greater protection in hostile environments. In addition, SSDs use less power and are not affected by magnets.

In time, there will only be solid-state storage, and spinning disk platters will be as obsolete as the punch card. 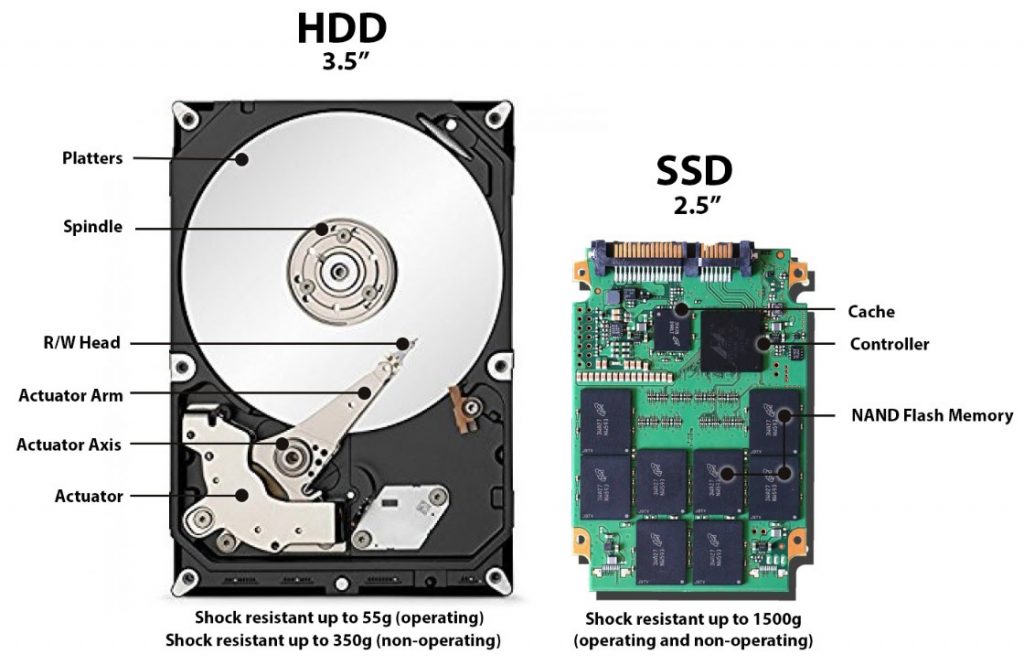 The Capacity of HDD & SSD 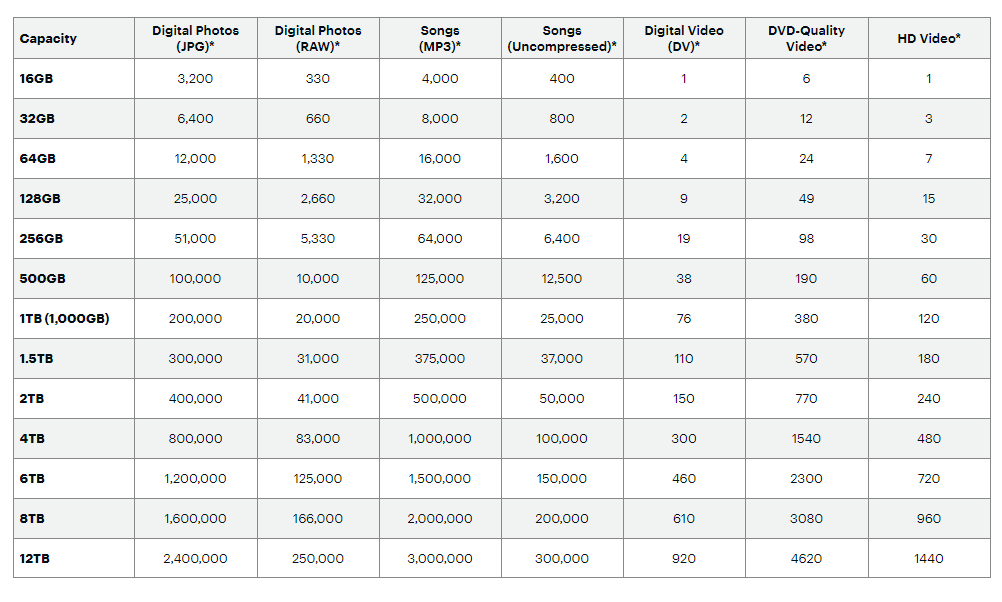 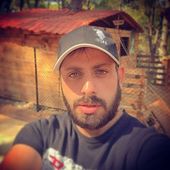 Securis wipes hard drives from jobs that correspond to recycling. Any hard drives labeled or belong to on-site/off-site shredding jobs or failed wiping machine testing are shredded and destroyed, not wiped. To schedule your data destruction and/or electronics recycling project today, contact Securis.