Data breaches continue to increase in scope and sophistication each year. That’s because cybercriminals stop at nothing to steal private information and evade detection.

While businesses of all sizes are susceptible to malicious programs, small and medium-sized companies remain at higher risk of such threats. Hiscox reports that almost 50% of small businesses in the US have dealt with a cyber attack in the past year.

To prepare for a new year of cyber threats, you should know what to expect on the cybersecurity front. Let’s take a close look at 8 cybersecurity predictions for 2019.

Cryptomining might be the reason we’re seeing a decline in ransomware. Kaspersky reports that there has been a 44.5% increase in cryptomining attacks in the past year, while ransomware encounters have plummeted by nearly 30%.

However, that doesn’t mean you’ve seen the last of ransomware groups. The number of random attacks might have gone down, but targeted attacks may continue to wreak havoc in the future.

Take SamSam for example — a group cybercriminals that has a history of targeting organizations such as municipal and healthcare organizations.

In response to ransomware threats such as SamSam, Talos recommends businesses consider several best practices to protect themselves.

2. An Increase in Nation-State Cyber attacks on Citizens

State-sponsored cyber attacks on journalists like Jamal Khashoggi are also likely to happen more frequently in the coming year, especially when like-minded governments continue to turn a blind eye on these attacks.

They’ve also reported that the Israeli government has been supplying many nations with technologies for spying on their citizens.

3. A Rise in Data Protection Policies

When the European Union launched the General Data Protection Regulation this year, the goal was to help companies to keep a tight lid on consumers’ private information.

Those who’ve violated the GDPR have yet to receive punishment, but the penalties are definitely coming.

As consumers demand more control over their private information, companies will be held accountable for their actions or their inaction.

Starting next year, you can also expect to see an increase in nationwide enforcement of privacy laws similar to GDPR.

4. Multi-Factor Authentication as the Standard for Online Transactions

Online services will implement multi-factor authentication methods to make them less susceptible to phishing attacks and other cyber threats.

Consumers won’t be happy about it. Until more standardized processes are created, it will be confusing and frustrating.

Tech giants will attempt to make the multi-factor authentication process a bit easier and more convenient.

In an effort to build a security-focused brand image, Microsoft plans to implement Advanced Threat Protection standards across all their mainstream products in 2019.

This service enables anyone with an E5 license to monitor and review what attackers have done to their system.

Spear phishing attacks are only going to get worse, and homeowners will make easy targets. Cybercriminals can hack into a mortgage lender’s computer and steal crucial information about their clients.

Using the agent’s email address, they can trick homeowners into wiring payments to their account.

Some nations will start to establish digital boundaries and rules for cyberwarfare. However, countries such as Russia, China, and North Korea will continue to be a safe haven for cybercriminals.

They will have all the resources they need to develop more resilient malware. Without significant changes in global geopolitics, this scenario will continue.

Cybersecurity training won’t be enough to advance a security professional’s career in 2019. More and more companies are starting to demand that Chief Security Officers have a master’s degree in cybersecurity.

And anyone who wishes to acquire the necessary skills can take some classes in some of the best universities in the country.

Cybersecurity predictions are complicated. Numbers can show us how the landscape might evolve in the coming year, but only to a certain extent. No one might know what the future holds, but you can always set plans for unexpected disasters.

If you would help with your cybersecurity needs, contact us today. 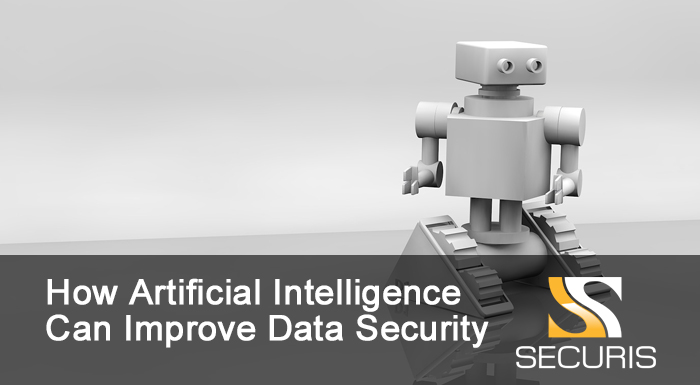 Digitization has brought tremendous benefits to multiple industries, including trade, banking, and healthcare, but it has also made organizations more vulnerable to cyber threats. For that reason, data security has become one of the top priorities of companies in the digital era. No industry is immune to cyber threats. Over the years, the world has seen a dramatic increase in online attacks. Not only are these threats increasing in number, but they are also getting more sophisticated.

With more companies embracing digital technologies and the Cloud, it’s now more critical than ever to have systems and processes in place to protect your data. But the question is, how artificial intelligence improves data security.

Many business leaders and experts believe that artificial intelligence (AI) and machine learning (ML) are the answer.

At the 2018 Oracle OpenWorld, an annual conference on innovative cloud technology, experts acknowledged AI’s potential to reshape the world of business. CEO of Oracle Mark Hurd was one of them. He predicted that cybersecurity and AI are going to change business models by 2025.

Oracle’s founder Larry Ellison also stated that AI will play an important role in helping businesses to identify, assess, and even solve online threats. He confirmed that Oracle is working on AI, and will be leveraging it to make business data more secure.

Ellison also commented on how Oracle’s next-generation cloud will make data a valuable corporate asset. According to him, developers have become more productive because of the autonomous cloud, which allows for greater reliability and shorter development times.

At the conference, Oracle also announced that they are hosting their cloud services from nine new locations. They expect these data centers to be up and running by next year.

The Global State of Information Security

AT&T CEO Thaddeus Arroyo also provided valuable insights at the OpenWorld conference. He recommends that businesses should leverage the Cloud and AI to engage with their consumers. This will not only enable better customer experiences but will also increase data security.

By using AI and machine learning capabilities, businesses will have the ability to protect their systems and networks from organized cyber-attack groups and also predict attacks before they happen in the first place.

Although AI-driven apps and the Cloud will help improve productivity and enhance customer experience, organizations and their data may still remain vulnerable to online attacks due to growing political imbalances.

According to the President of Eurasia Group, Ian Bremmer, the global economy is gradually growing at 4%, but the geopolitical situation isn’t looking as great. For starters, the US and China can’t agree regarding economics and politics.

If a business enters China, for example, the Chinese government handles all the decisions related to its strategy within the country. As an economic superpower, they also influence other governments across the globe to follow in their footsteps.

Research and advisory company Gartner states that global information security is bound to go over $124 billion in 2019. As for worldwide spending on data security applications and services, it’s expected to exceed $114 billion in 2018. That’s a 12.4% increase from the previous year.

Remember that the cost of security breaches is increasing significantly as well.

Despite their different political situations, all governments and businesses need to respond to the growing risk of cyberattacks. And intelligent systems are the breakthrough idea we need in data security. It should help us secure IT environments against ever-evolving threats.

Business leaders like you should be aware of the new risks associated with emerging technologies. These threats could disrupt your operations and compromise your private information.

You should also know that while the security industry is facing many cyber threats, there’s also a shortage of skilled workers to help you protect your company from these attacks.

But with AI and machine learning automating the detection and response against cyber threats, companies such as yours can lessen the burden on employees and handle these attacks more efficiently.

To learn more about how Securis can help protect your data, please contact us today.