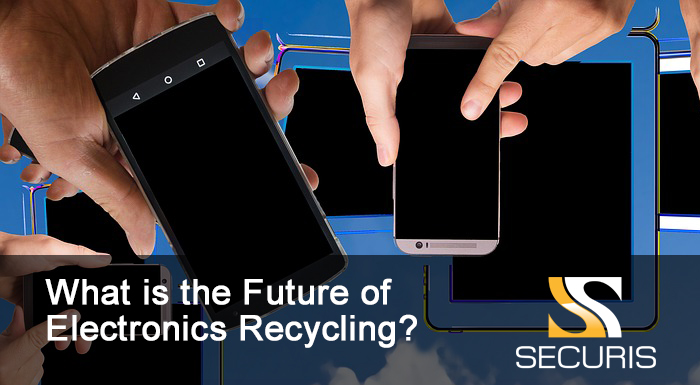 When you get rid of your old cell phone, television, or stereo, where does it end up? Electronic devices, whether they’re as large as a washing machine or as small as an iPod, don’t simply disappear. They, unfortunately, end up in a landfill where they contribute to one of the fastest-growing categories of trash, e-waste.

Electronic devices that have been discarded are a threat not only to our environment, but to our health as well. Since these gadgets are made up of hazardous components such as lead, cadmium and polychlorinated biphenyls, they pose a major threat to everyone’s health, especially children’s.

So, what can we do to reduce e-waste?

No matter how old, your gadgets will remain a precious source of valuable metals like gold and copper. If more companies practice electronics recycling in the coming years, next-generation smartphones and tablets could be made from their predecessors. We could reduce the need for mining precious metals. In turn, we can conserve such finite resources.

Even though the world knows that e-waste holds billions’ worth of components and metals, we don’t recycle as much as we can. We recycle 20% of electronic waste through the right channels. But now that private and public sectors are becoming more aware of their impact on the environment, things should change in the coming years, starting with mining.

E-waste mining doesn’t involve extracting ores buried underneath the ground. It’s the process of extracting valuable metals from existing gadgets. Instead of dumping old and obsolete devices in landfills, they can be used to create new ones. It’s beneficial to the environment, and it’s going to be great for the economy.

In a study published in Environmental Science and Technology, researchers from Macquarie Graduate School of Management and State Key Joint Laboratory of Environment Simulation suggested that e-waste mining could be as profitable as de novo mining.

In the study, the researchers also suggested that entrepreneurs looking to start electronics recycling businesses must have the knowledge and expertise on metals and metal processing. Moreover, they indicated that e-waste mining might have to start off at a small scale.

Today, there are a handful of entrepreneurs who have already started their own e-waste mining companies. Veena Sahajwalla, an Australian professor, is one of the pioneers. Another e-waste project is an initiative from the European Union called Prospecting Secondary Raw Materials in the Urban Mine and Mining Wastes.

Advocates of electronic waste mining like Sahajwalla believe that this practice will be beneficial to several sectors tied up with the process. Countries can also be empowered to control and leverage their electronic wastes. In doing so, they can supply more jobs to their people, and in turn, they can reap the economic benefits.

When it comes to mining electronic products, old cathode-ray tubes and cell phones can be pretty valuable as they are both valuable sources of gold as well as copper. However, this new form of electronics recycling may not be able to handle all of the gadgets’ components. For instance, miners might still need to use considerable amounts of glass and plastics, which are likely to be discarded in the mining process.

On the other hand, other electronics recycling processes are also on the rise, and they should be able to deal with all of the components of e-waste. These practices adhere to the Waste Electrical and Electronic Equipment initiative. Countries like Ireland, for example, have e-waste processing practices that entail separating metals and plastics from other components, enabling them to reuse all the elements extracted.

It may take a while before you see gadgets made entirely from recycled products. It’s unclear if it will ever happen in our lifetime. But one thing is for sure: there are several people working hard to make that possible. Eventually, recycling could serve as an environmental boon and a new revenue stream. 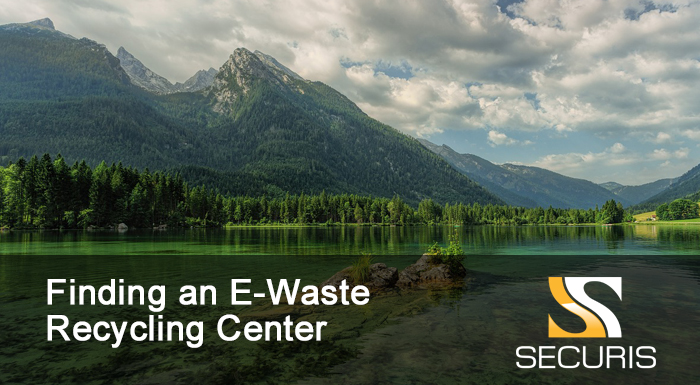 Technology is evolving faster than it ever has before. Most of us have reaped its benefits which, in many ways, have made our lives so much easier and convenient. Unfortunately, the tech boom also comes with a cost. Now that everyone’s eager to embrace the next best thing, we are all disposing of electronic devices at faster rates. These discarded devices make up massive quantities of electronic waste, which consequently pose major threats to the environment and to our health.

So, how can we enjoy new gadgets without drowning in waste?

Recognizing the Need to Recycle

E-waste recycling refers to the practice of reusing and reprocessing electronic devices and equipment that have been discarded or considered obsolete. Several of these gadgets contain hazardous substances like lead, lithium, and mercury, all of which can pollute our air, water, and contaminate our ecosystems. Suffice it to say, throwing away your old gear in the garbage bins isn’t the safest practice for everyone. It will all just end up in a landfill.

In the United States, 2% of the garbage dumped in landfills is e-waste. But that represents 70% of the hazardous waste, and is contributing the most to the growth of landfills.

It’s high time we made an effort to protect human and environmental health from the widespread impact of electronic wastes. Nowadays, you can find several channels that can handle your e-waste for you.

However, you should choose authorized recycling centers that are designed specifically for handling electronics. This way, you will ensure the safety of any residual information stored on your devices. You can guarantee that the old gadgets are disposed of properly. Plus, you might get a tax deduction for your efforts.

Depending on where you live, you might find several recycling centers near your area. The larger organizations don’t often serve regular consumers. But if they do, you most likely need to bring your e-waste over on specific days of the week. As for the smaller recycling centers, the process should be a breeze. It will be much easier for you to turn your gadgets over and let them do the rest. Many companies hold an event for community recycling, where residents can come recycle old devices and have their hard drives shredded.

Google can definitely help you find and get in touch with recycling centers near where you live. Type electronic recycling centers and the area where you reside, and you should see your options. You might even come across consumer-focused centers such as Free Geek, which has multiple outlets all over the U.S.

Additionally, you can sell your gadgets to local shops that will sell these old devices back to the community. Donating used but not abused gadgets is also a great practice.

Now that you know how to find certified e-waste recycling centers near you, start collecting the stuff you need to throw away. Of course, you don’t need to drop by at the center every time you decide to replace your phone or your laptop. You can make a bin just for electronic waste. Then, take that with you to the recycling center every few months.

If you have any items that are leaking, store them in a large container, like a box. Get any absorbent material such as newspaper and use that to soak up the fluid. Make sure to wear latex gloves or anything that can protect your hands from harmful chemicals.

As for items with broken glass, pack them in separate containers, either in sealed boxes or bags. Batteries aren’t usually accepted, but you might be able to find a few organizations that will accept them for a little fee.

Before you drop off any item, make sure that it no longer has any personal information stored. Although most recycling centers will do this step for you as they will shred the devices into pieces, you can opt to take your own precautionary measures.

Yes, you might be doing all of this recycling for the community and the environment, but once in a while, it’s nice to see the fruits of your labor. You can get tax deductions by recycling electronic waste. Proceed to nonprofit recycling centers if you want to get a little something in exchange for your efforts.

In the long run, this practice can help you save money, and it will help save the environment. If you’ve yet to do your part, don’t worry, you can always start today.

If you would like to learn more about how e-waste recycling can benefit you, contact Securis today.